Specification Of the TWAL

It begins with total security.

The hardware for TWXHW POC shall be built with off-the-shelf module. The hardware includes the below module/boards. 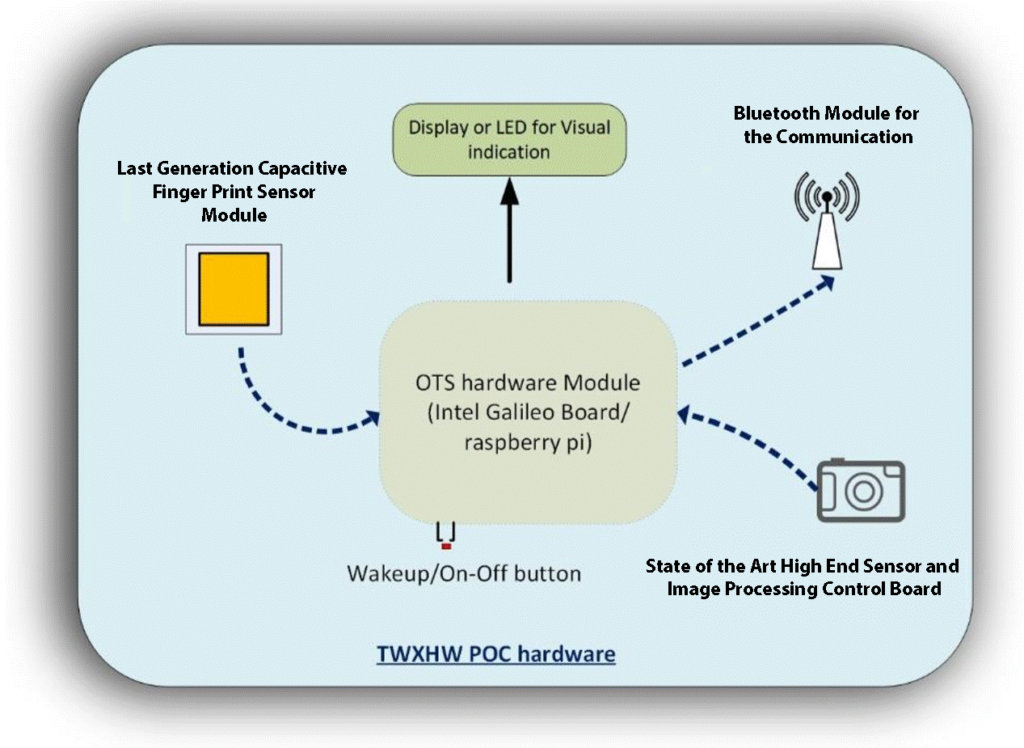 If the fingerprint and Face detection matches, a success command shall be sent to the phone which it is paired. For the POC, we will not implement any algorithm for the Bluetooth communication, we can do the same in the final hardware. The packet format for the data communication between the POC and the Phone app will be defined during the design. The TWEX wallet app need to modify for accepting the data during the communication.

Scope Of the Work